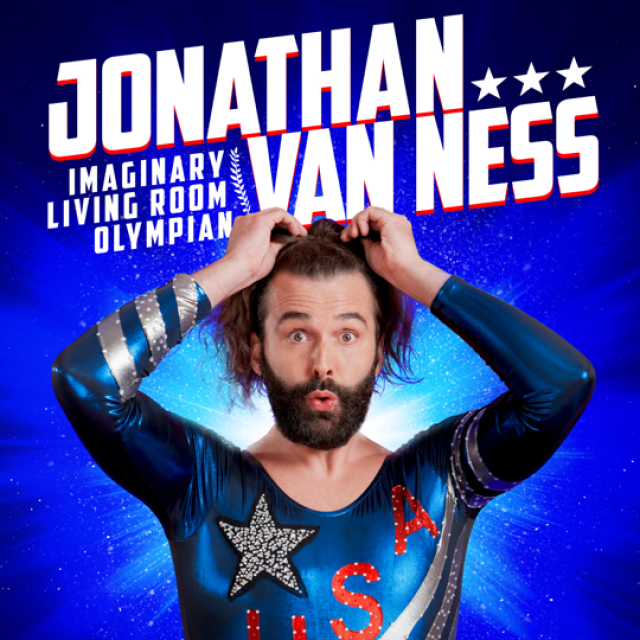 A stunning night of COMEDY, with a side of self-expression, discovery, life lessons, and of course, a bedazzling gymnastics routine, Jonathan will take you on a journey in this comedy special.

Jonathan Van Ness is an Emmy-nominated television personality, New York Times best-selling author, podcaster, and hairstylist to the stars. He stars on Netflix's Emmy Award-winning reboot series "Queer Eye," where he shines as the hair guru and self-care advocate. He was a 2020 Primetime Emmy nominee for 'Outstanding Host for a Reality or Competition Program' along with his "Queer Eye" castmates. In addition to "Queer Eye," Jonathan starred on the Emmy-nominated web series "Gay of Thrones," a witty social commentary series recapping HBO's "Game of Thrones." Launched in 2013, the series wrapped its eighth and final season last year and garnered Emmy nominations in 2016, 2018 and 2019 for 'Outstanding Short Form Variety Series.' Jonathan also continues to work on his passion project, his podcast "Getting Curious with Jonathan Van Ness," a weekly exploration of all the things Jonathan is curious about.