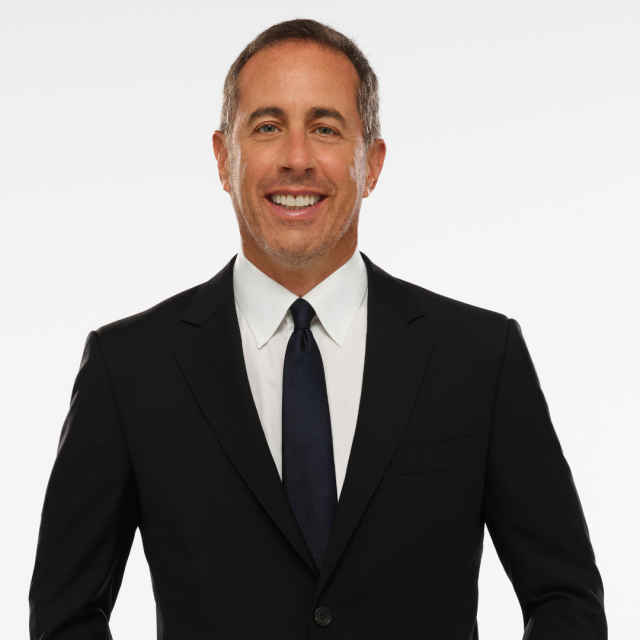 Venue
Civic Theatre
Masks
Masks are recommended but not required
Pricing
Tickets start at $70.00 (includes a $3.50 Facility Restoration Fee)
Run Time
TBA
Children
All ages must have own ticket
On Sale
Public on sale: Fri, Jun 10, 2022 10:00A

America’s premier comedian, Jerry Seinfeld, comes to the San Diego Civic Center to perform his signature stand-up routine on September 16, 2022. Seinfeld has been hailed for his uncanny ability to joke about the little things in life that relate to audiences everywhere. His latest projects include the Emmy nominated Netflix specials “Jerry Before Seinfeld” and “23 Hours to Kill” along with the highly acclaimed web series, “Comedians in Cars Getting Coffee.” Seinfeld recently announced his upcoming film Unfrosted and continues to perform both nationally and internationally.