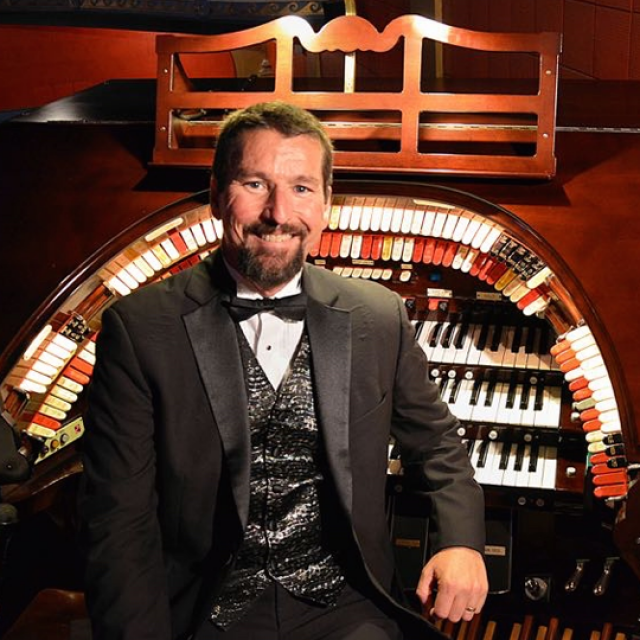 Co-hosted by the Theatre Organ Society of San Diego

Dave will be presenting a variety of music styles on the 4-manual Wonder Morton Theatre Organ housed on the stage of the Balboa Theatre in downtown San Diego.

Named 2011 “Organist of the Year” by the American Theatre Organ Society, Dave Wickerham has a lifetime of experience in the organ industry.

Born in Encino, California Dave began his musical journey at only four years old playing an electric pipe organ, eventually graduating to pipe organs at the age of seven. Dave studied classical organ studies on a full scholarship at the University of Arizona with Dr. Roy Johnson for six years. While in Arizona he had the pleasure of being mentored by Roseamond Crawley, one of the rare and limited descendants of Louis Vierne organists while playing as an Associate Organist at the renowned Organ Stop Pizza Restaurants in Mesa, Pheonix, and Tucson.

Throughout his career, Wickerham has traveled both internationally to Australia and around the United States to perform at organist conventions. Dave records music as well, including his sold-out CD “Sounds of Music” recorded on the famous 5 Manual, 80 Rank Theatre Organ at Sanfilippo Residence in Barrington, IL.