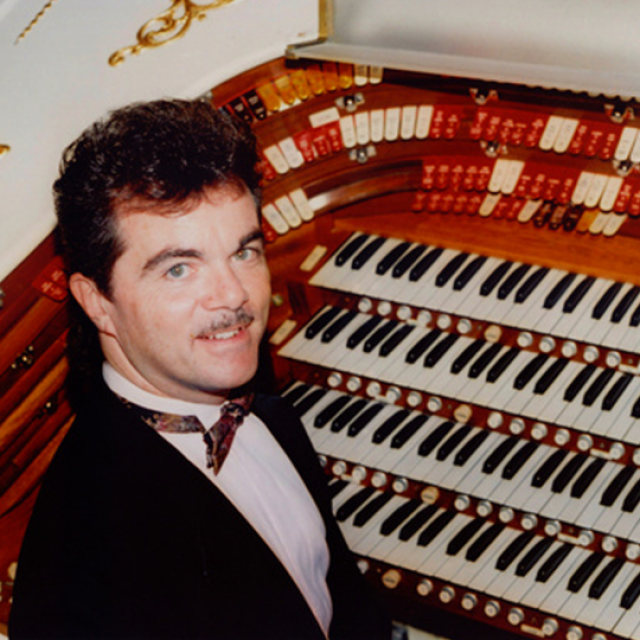 Co-hosted by the Theatre Organ Society of San Diego

Clark will be accompanying the Silent Movie entitled “The Freshman” with famous actor, Harold Lloyd.

Clark Wilson is a highly distinguished organist and practitioner of silent film scoring. The Ohio native began his music career at nine years old performing at churches and musicals. He began winning awards and listings throughout his early education including “Men of Achievement” and holding Life Member status in the International Tri-M Music Honor Society, to name a few.

Throughout Clark’s professional organ playing career, he has been a featured organist at Pipe Organ Pizza in Milwaukee, a member of the playing staff at the Paramount Music Palace in Indianapolis, Pipes and Pizza in Illinois, and a member of the organ staff at Organ Stop Pizza in Arizona, where he assisted with the installation of the world’s largest Wurlitzer organ. Since then, Clark has been involved in over 100 organ installations throughout England and the United States.

As silent film accompaniment Clark has worked at the Chautauqua Institution in New York, the Packard Foundation’s Stanford Theatre, UCLA, and the Fox Theatre for the Atlanta premiere of the restored “Metropolis” establishing him as one of the top silent film scorers in the industry. Clark plays a silent picture annually on the organ series at LA’s Walt Disney Concert Hall, as well as the Cinequest and San Francisco Silent Film Festivals, and the Los Angeles Conservancy.

Clark has concertized internationally in England, United States, Canada and Australia on top of recording seven albums. Among his lengthy achievements and busy schedule, Clark provides educational workshops for young organ players and has established an educational curriculum for university students as a guest lecturer at Indiana University and a faculty member at Oklahoma’s organ department.