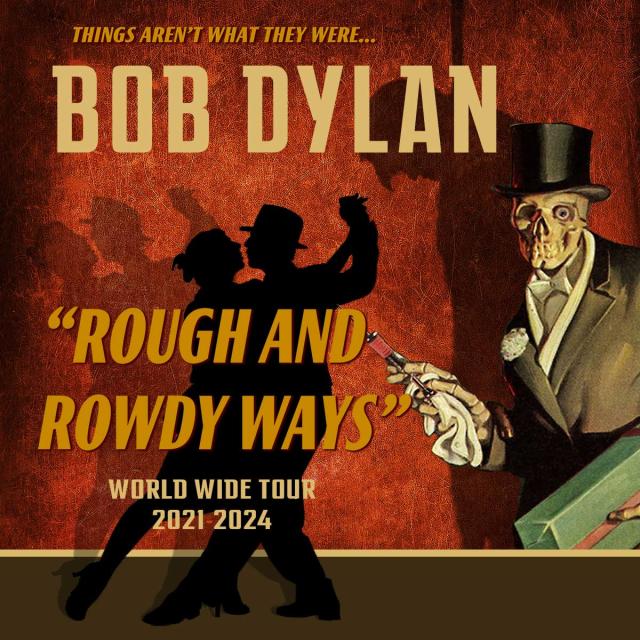 Venue
Civic Theatre
Masks
Masks are recommended but not required
Pricing
Tickets start at $59.50 (includes a $3.50 Facility Restoration Fee)
Run Time
1 hour, 45 minutes (no intermission)
Children
All ages must have own ticket
On Sale
Public on sale: Fri, Apr 22, 2022 10:00A

PLEASE NOTE:  This show will be a phone-free experience. Use of cellphones, smart watches, cameras and recording devices will not be permitted in the performance space.

We appreciate your cooperation in creating a phone-free viewing experience.

Rough and Rowdy Ways, Dylan’s 39th studio album, was a best-selling album in 2020. This made it Dylan’s highest-charting album on the Billboard 200 in more than a decade. It also marked his seventh consecutive decade of charting top 40 albums, making him the first artist to accomplish this feat.