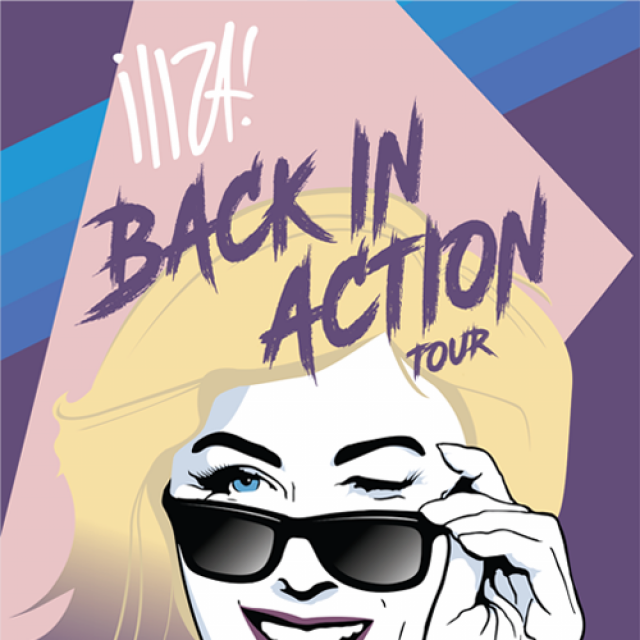 Back In Action Tour!

All previously purchased tickets for – ILIZA THE FOREVER TOUR at the Civic will be honored for this rescheduled performance.

Iliza Shlesinger is Back In Action, unveiling a new itinerary and name for her tour originally scheduled for 2020 then postponed due to the pandemic. Iliza has added 20 new dates to the Back In Action Tour schedule, including a run of socially distanced shows this Spring and Summer which kick off at the Saint Augustine Amphitheatre on May 13. Newly announced shows on the international leg of her tour include performances in Lisbon, Antwerp, Vienna, Berlin, Hamburg and Cologne this Fall.

“My team and I worked very hard to reschedule this tour and are excited to see you all” says Iliza. “We are cautiously optimistic for all the dates to play as we head into an environment full of promise. I love you and can't wait to be back with all of my Party Goblins!

Iliza is one of today’s leading comedians with a fan base who show their loyalty by creating their own Iliza inspired swag to wear to her shows. Her 5th Netflix stand up special UnVeiled premiered in November 2019 and delves into her journey of getting married. Her past specials include Confirmed Kills, Freezing Hot, and War Paint. Her previous Netflix special, 2018’s Elder Millennial, is the subject of Iliza Shlesinger: Over & Over, her “fan-u-mentary” which is currently streaming and gives fans an inside look into what goes into the making of one of her specials.