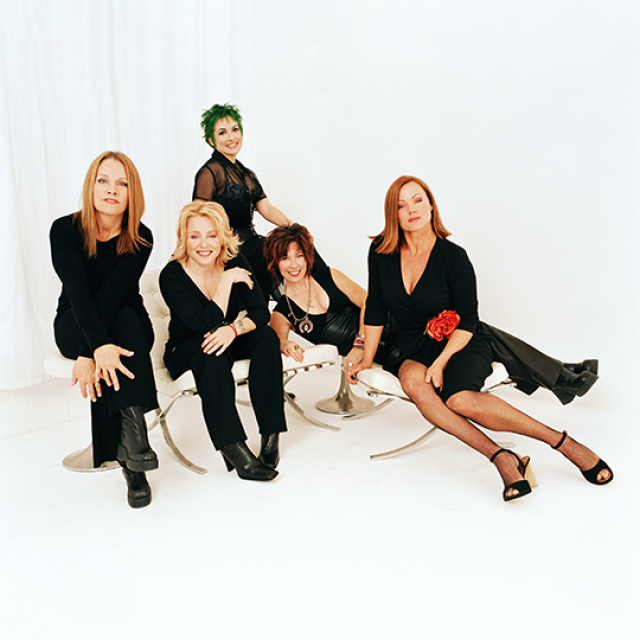 Venue
Civic Theatre
Masks
Masks are required for all guests regardless of vaccination status.
Vaccination
Proof of vaccination or negative Covid-19 test result required
Pricing
Tickets start at $75.50 (includes a $3.50 Facility Restoration Fee)
Run Time
TBA
Children
All ages must have own ticket.
On Sale
Public on Sale begins Fri, June 25, 2021 @ 10:00A

This event has been canceled. Tickets for the show will be automatically refunded and no action is required to obtain a refund. It will be processed to the original method of payment used at the time of purchase within 30 days.

A message from the band:

A member of our team recently tested positive for COVID. ALTHOUGH WE ARE, OF COURSE, VERY DISAPPOINTED, we will be following proper protocols and postponing our upcoming west coast dates.

We will be announcing new dates VERY soon and look forward to getting back to performing and celebrating with everyone.  WISHING EVERYONE A WONDERFUL AND SAFE HOLIDAY SEASON, AND SEE YOU IN THE NEW YEAR!

Per the California Department of Public Health (CDPH),  guests who attend this event will be required to be fully vaccinated against COVID-19 (at least two weeks after final dose) OR a negative test is required:

In addition, all guests are required to wear a mask while inside the theatre, regardless of vaccination status.

For your convenience, Lux Concierge is offering rapid testing onsite at the Civic Theatre for $35 per test.  Testing is available 1 hour before the event. Please plan to arrive early to the venue to accommodate the testing.

The Go-Go’s will forever have the beat! After breaking onto the Los Angeles music scene in 1978, the multi-platinum, all-female American rock band still rocks over three decades later. The Go-Go’s made history as the first, and to date only, all-female band that both wrote their own songs and played their own instruments to ever top the Billboard charts.

The Go-Go’s rose to fame during the early 1980s after the release of their 1981 debut album, Beauty and the Beat, which was #1 on the Billboard charts for six consecutive weeks, one of the most successful debut albums of all time. The album, which went triple-platinum in the US, was also on Rolling Stone’s list

of “500 Greatest Albums of All Time” and it featured their hit singles “Our Lips Are Sealed” and “We Got the Beat.” The first single, “Our Lips Are Sealed” has also been named one of the “Top 100 Pop Singles” by Rolling Stone. In 1982, The Go-Go’s were nominated for a Grammy Award. The Go-Go’s became the foundation of the early 80s pop-rock sound and were a pop phenomenon while having a lot of fun and blazing a brand-new trail -- for the DIY ethic in general, and women in music in particular.

In 2011, thirty impressive years after their debut album Beauty and the Beat was released and dominated the charts, The Go-Go’s were honored with a Star on the world-famous Hollywood Walk of Fame. The band's unofficial slogan? "Give the people what they want: some loud fast music and a great party!”

The Alison Ellwood-directed THE GO-GO’S documentary, which first premiered at the prestigious Sundance Film Festival, aired over the summer of 2020 on Showtime to rave reviews, achieved a 97% rating on Rotten Tomatoes and won a 2020 Critics Choice Award for “Best Music Documentary” in addition to receiving the honor of “Most Compelling Living Subjects in a Documentary.” The film follows the band from its punk rock beginnings to global stardom.