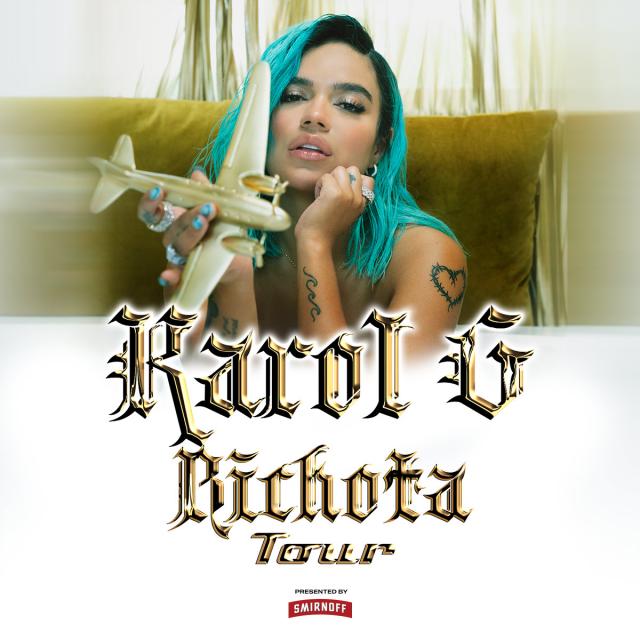 After the worldwide phenomenon of her hit "Tusa" with Nicki Minaj, last year she had to postpone her tour plans. Nevertheless, the singer broke records and dazzled her fans with the release of her album, "KG0516," which dominated global music charts, reaching the #1 spot on Billboard’s "Top Latin Albums," Spotify's “Top Global Album Debuts,” and Apple Music's “Top Latin Albums.” Now, with the return of live events, the Latin GRAMMY® winning singer-songwriter is preparing the most important shows of her career, where she will bring the musical world of “KG0516” to life.

“It’s a dream for me to be able to return to the stage after everything stopped in 2020. I was very excited to know that I’ll be able to share my music again live with all my fans. Having the opportunity to be face to face with them is the best news I have received this year,” said Karol G. “After seeing how my fans received my new album, I am looking forward to be on stage performing and singing along with them. My fans are going to experience the most exciting shows of my entire career. Thank you to the Smirnoff family for joining me on this tour.”

Karol G is responsible for some of the greatest hits in popular music. Some of her singles that form part of her latest album have not only had great global impact, but continue to rise and remain at the helm of global trends. Recently, her single “EL MAKINON” alongside Mariah Angeliq conquered the Billboard “Latin Airplay” chart, peaking at the #1 spot, becoming Karol G’s eleventh song to reach said spot, and the fifth consecutive single from the same album in achieving it; after "Tusa," "Ay DiOs Mio," "Bichota"and "Location." Beyond this, “KG0516” was recognized by Billboard as one of the 50 most important albums of 2021.