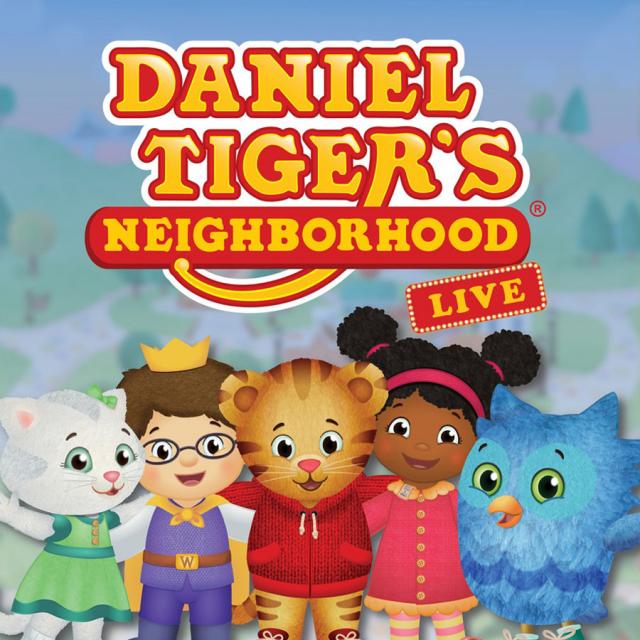 "Won’t you be my neighbor?" Daniel Tiger and all of his friends from the beloved PBS KIDS television series are hopping aboard Trolley to your town with DANIEL TIGER'S NEIGHBORHOOD LIVE! Along with "O" the Owl, Katerina Kittycat, Prince Wednesday, Mom and Dad Tiger and many more, Daniel Tiger will take live audiences on an interactive musical adventure to the Neighborhood of Make-Believe, sharing stories of friendship, helping others and celebrating new experiences. This live theatrical production filled with music, dancing, laughter and& "grr-ific" surprises will warm the hearts of multiple generations.

The top-rated "Daniel Tiger's Neighborhood" series from Fred Rogers Productions, and airing on PBS KIDS, follows the everyday adventures of 4-year-old Daniel Tiger and uses musical strategies grounded in Fred Rogers' landmark social-emotional curriculum. Through imagination, creativity, and music, Daniel and his friends learn the key social skills necessary for success in school and in life.

Apps, games, activities and more from "Daniel Tiger’s Neighborhood" can be found on pbskids.org.

The animated TV series has garnered a host of prestigious awards, and most recently won the 2019 & 2018 Parents' Choice Gold Award for Television, the 2018 Common Sense Media Seal of Approval and was nominated for Outstanding Achievement in Youth Programming by the Television Critics Association in 2018.

Limited VIP Packages Available ($75)
Package includes:
Best seats in the house and a post-show photo opp* with Daniel Tiger and another character.
*Patrons should bring their own personal camera or smart phone for the photo.